For Darrell Ellens and Elaine Morine, grocery shopping can mean purchasing nearly 300 hundred bottles of barbecue sauce or 12 prime rib roasts and steaks in one trip. The married couple from Abbotsford, B.C., have been extreme couponing for the last 10 years -- collecting and using coupons, which typically offer discounts, to save as much money as possible on their shopping.

"We're probably saving £5,000 to £10,000 a year on our groceries," Ellens said. Ellens and Morine are among the British Columbians changing their shopping habits and looking for deals amid rising food prices. 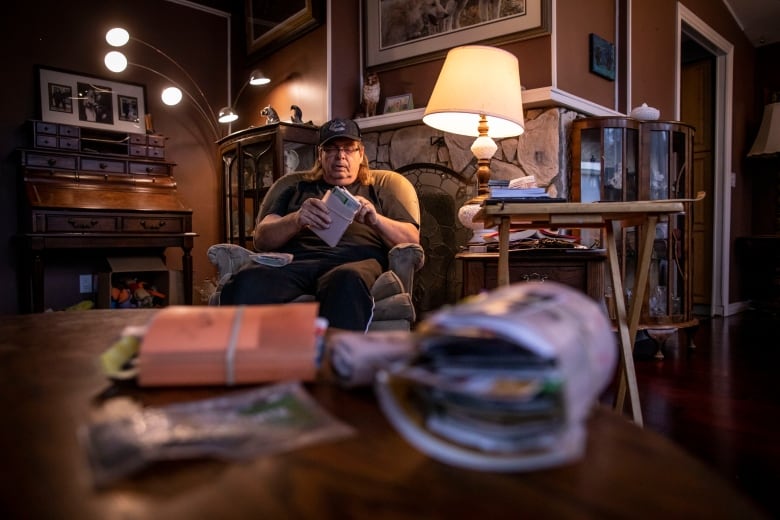 Darrell Ellens is pictured with his wife Elaine Morine's coupon books, which they use to get deals on groceries, toiletries or pet food.

In a year, Ellens and Morine say they purchase about 600 boxes of cereal. (Ben Nelms/CBC)

According to Statistics Canada, food prices across the country have increased by 3.9 per cent since last September, while inflation has been at its highest rate in almost two decades. The price of meat has increased by almost 10 per cent, dairy by five per cent and edible fats and oils by 18.5 per cent. The increases have been attributed to pandemic labour shortages, unfavourable weather patterns -- like drought -- in the northern hemisphere, and increased oil costs, says Sylvain Charlebois, director at Dalhousie University's Agri-Food Analytics Lab.

"We actually are expecting those factors to linger into the new year as well," Charlebois said. Extreme couponing, says Ellens, helps sustain their pantries and appetite for low-cost groceries, which they purchase for themselves and donate to non-profits, friends and family.

Compared to 2020, 39.5 per cent of British Columbians are using paper-based or digital coupons more often this year, and 41.6 per cent are using weekly flyers more, according to a recent study by the Dalhousie University Agri-Food Analytics lab. Ellens and Morine organize binders of coupons they collect from grocery stores, neighbours and online, like the Facebook group Extreme Couponing Canada. 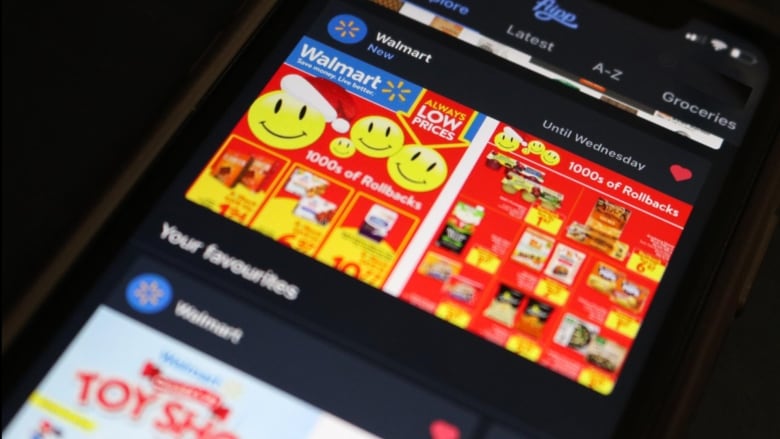 Flyer apps like Flipp and Reebee can help price match and cut back on cost, says Murray Baker, a financial literacy expert and manager at Family Services of Greater Vancouver. (Baneet Braich/CBC)

They also use free apps like Flipp, which takes a user's postal code and sources flyers from nearby stores for price matching -- where a retailer prices an item lower to match the same product's price at a rival store -- and Checkout 51, which offers discounts on items like groceries and gas, as well as opportunities for users to earn cashback by taking a picture of their receipt.

While not everyone has the capacity to be extreme couponers, there are other ways they are saving on groceries. Research by Charlebois' team has found that 39.5 per cent of British Columbians are buying discounted food products with imminent best before and expiry dates. Others use food waste-saving apps like Too Good To Go, which features grocery stores, bakeries, cafes, pizza shops and other food businesses that make discounted 'surprise' bags of surplus food for purchase. 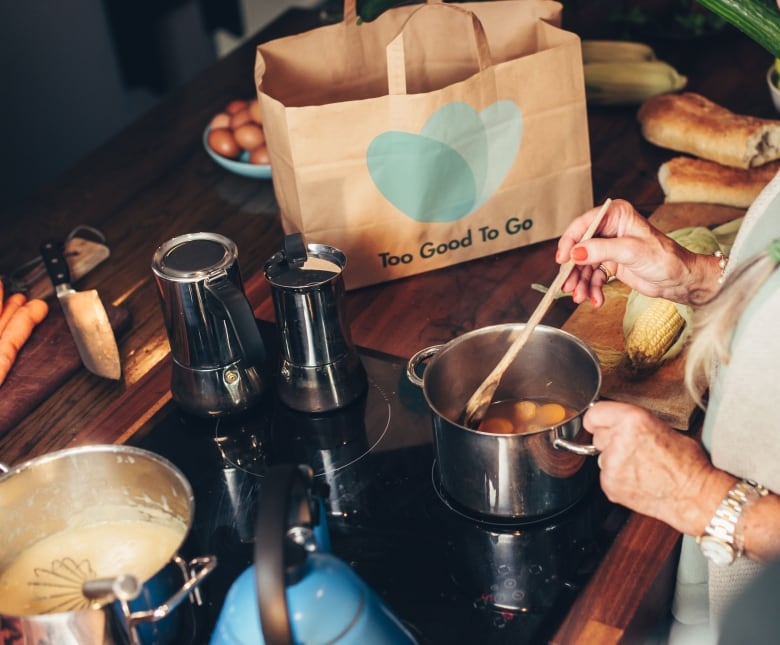 The Too Good To Go app offers 'surprise' bags composed of surplus food from local grocery stores, bakeries, cafes and more. (Too Good To Go)

Each bag's value is about a third of its content's original total price, says app manager Sam Kashani. "That's significant savings for the consumer for a meal that otherwise would have been thrown out," he said.

Private bulk buying groups are another option, where people with similar food preferences split the costs of bulk purchases.

"We can afford to buy the more sustainable organic options, which would be harder to get if we were just buying individually," says Tammara Soma, research director and co-founder of the Food Systems Lab at Simon Fraser University. Soma says her group of roughly 10 members "basically get close to wholesale price" on their orders.

Sticking to the basics

Murray Baker, a financial literacy expert at Family Services of Greater Vancouver, says simple actions like making a shopping list and sticking to it help save big bucks in the long run. "You're more likely to stick to it and not buy a lot of things that you didn't intend to out of impulse," he said.

He also suggests buying fruits in season and freezing them to avoid buying imported fruits that are likely to be more expensive because of shipping bottlenecks.

Consumers should ask, "how much of this fresh produce can I use in the next two or three days when buying produce," he said. 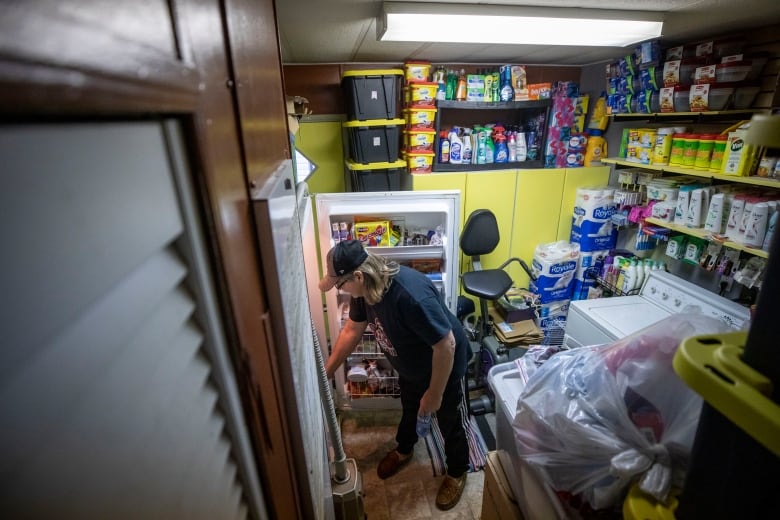 Darrell Ellens opens one of his freezers storing meats and other frozen foods, including fruits, for later use. (Ben Nelms/CBC)