Steel tycoon Sanjeev Gupta is selling seven UK plants employing 1,500 people in a restructuring following the collapse of lender Greensill. They include Liberty Steel's largest UK site, its aerospace and special alloys business at Stocksbridge, near Sheffield, where 762 currently work. Stocksbridge's "downstream" sites at Brinsworth, near Rotherham, employing 101, and West Bromwich, which has 167 workers, are also to be offloaded.

Please use Chrome browser for a more accessible video player

Gupta tells workers: 'I will not give up on you - you are my family'

Liberty Steel said the Stocksbridge sale would help it complete its UK restructuring and refinancing and allow it to focus on its plant at Rotherham. Advertisement A spokesman declined to add any further comment when asked about the prospects of a sale.

Last month, in a Sky News interview, Mr Gupta promised thousands of UK workers facing uncertainty in the wake of the collapse of its main lender Greensill Capital that he would not shut any of its plants.

Currently, his GFG business empire employs 5,000 people in the UK including 3,000 at Liberty Steel. Greensill lent money to firms including Mr Gupta's by buying their invoices at a discount. 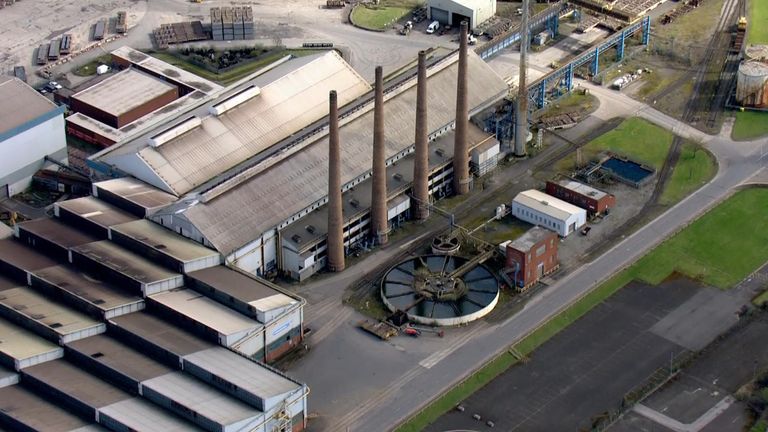 Image: Liberty said it would focus on its plant at Rotherham

Investors including clients of Credit Suisse were among those left exposed to billions of pounds of potential losses by the lender's collapse. The latest announcement follows talks over the weekend in Dubai involving Mr Gupta and his restructuring team with Credit Suisse - which resolved the future of Liberty's business in Australia as well as "identifying a positive solution" for its UK operations.

Liberty said it would protect thousands of UK jobs in its core "green steel" business which involves recycling scrap metal in a process powered by renewable energy.

Earlier this month, the Serious Fraud Office said it was looking into the GFG businesses including links with Greensill.