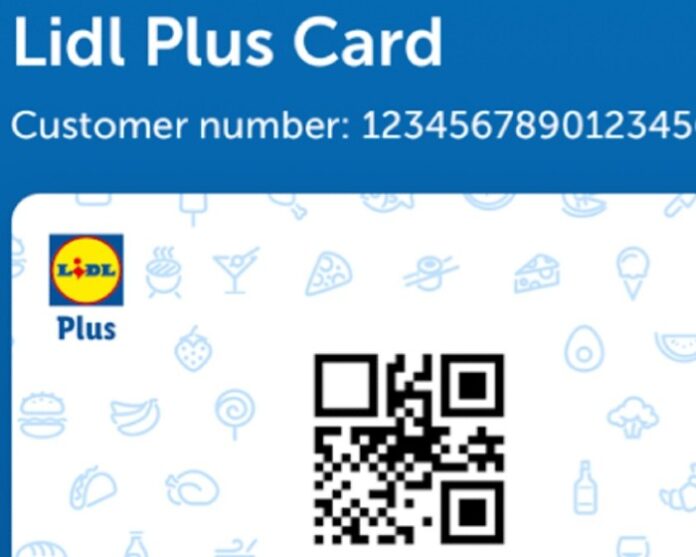 The Lidl Plus mobile app will launch in the UK this September.

When Lidl recently launched Lidl Plus, a mobile app offering rewards such as a weekly money saving coupon, questions were raised to whether it was enough to compensate its blaring cap in ecommerce. Customer loyalty schemes, which Lidl Plus is in its essence, once represented a promotional and/or discount and reward mechanism that encourages consumers to stick with a retailer for the long haul. However, there is increasing evidence now to suggest that consumers will flick between loyalty schemes depending on what's on offer at any given time. With the pandemic disrupting customer loyalty as consumers scurried to find alternatives due to low stock levels, retailers are now finding ways to win their customers back.

This could prove a challenge given sluggish consumer confidence and footfall, not to mention the UK entering the largest recession on record earlier this week.

Supermarket shelves were stripped earlier this year due to fears around Covid-19.

With over 17 million Brits planning to switch to online shopping, the pandemic has evidently led to a massive shift in consumer behaviours. And with Lidl's new mobile app offering being launched in the UK in September after a successful trial in Ireland, it could place the German discounter a step ahead in the UK grocery sector. However, it doesn't hide the fact Lidl has not yet offered Brits the benefits of a proper ecommerce channel - an offering consumers are especially coming to expect in a post-lockdown climate.

This is especially pertinent given the coronavirus pandemic pushed its main rival, Aldi, to take its first steps in online retail- initially with home delivery via a partnership with Deliveroo. Big 4 grocers Tesco, Sainsbury's and Asda joined the online world two decades ago - with Morrisons lagging behind until 2014 when it launched online shopping using technology developed by Ocado. Meanwhile Iceland had realised consumers' preference for online shopping and reintroduced it in 2014 after initially dropping it in 2007.

Lidl is, in some ways, "the Primark of grocery": Both offer discount items and manage to rely on a bricks-and-mortar estate to successfully trade. However, Primark is notorious for its refusal to shift online - particularly during lockdown when it could have benefited from consumers' hunger to splash their cash. While the Lidl Plus app offers customers GBP5 off their first shop, the opportunity to scan their digital card using the app after shopping to receive a scratchcard, or GBP10 off when they spend GBP200 a month - Lidl's lack of online shopping may drag its sales in the long term.

Primark is remaining bricks-and-mortar despite losing GBP100m a month from lockdown.

"Lidl has a clear, focused and distinguished brand that has made considerable gains by cutting out the middle-man," she explained. "What's more, grocery shopping will always be tactile for consumers. There will always be individuals who want to physically visit the supermarket and handpick their food for the week.

"And with Lidl's quicker, cheaper and more efficient shopping experience - which offers something considerably different to the big players like Tesco or Waitrose - it has succeeded in attracting customers looking for these experiences." James Calvert, chief data strategy officer at advertising agency M&C Saatchi, said that although Lidl was at risk of being isolated due to its lack of online offering, its extensive UK store estate meant customers could pick up products from a 20 minute drive or less. "Lidl's business model and distribution strategy rely on people visiting, buying regular items at great value and picking up a heap of other things from the middle aisle that they never knew they wanted," he said.

"It's hard to replicate that online, plus setting up for profitable ecommerce distribution needs a lot of additional planning and validation."

Calvert added that customers were likely to return to stores as the vouchers are a big draw, especially at a time when some consumers may be financially struggling due to either furloughed or made redundant because of the pandemic. Meanwhile, Sebastian Hill, UK managing director of retail marketing firm TCC Global, argued that the launch of a loyalty programme from a leading discounter was "a major sign that grocery retailers of all shapes have realised they shouldn't try to compete on price alone". "Lidl has historically used low prices to grow its market share and radically shake up the grocery industry - but it now wants to create lasting relationships with its customers in order to maintain this success," he said.

"Long-term advocacy from shoppers goes far beyond the price point and into the realms of emotional connections. Shoppers remember the rewards they are given by supermarkets far more than they do the occasional promotion or money-off deal. "Lidl Plus seems to be a menagerie of successful loyalty programmes, rolled into one.

It combines coupons, scratch cards, digital receipts and partner offers in one app that allows customers instant accessibility and usability. It should be an effective way to increase the discounter's connections with customers both in and out of store. "The programme has seen major success and engagement across Europe, most recently in Ireland.

Shoppers in the UK respond best to supermarkets that offer them real value and meaningful rewards - not just low prices." Undoubtedly, Lidl Plus offers the opportunity for the retailer to shift its valued customers into digital without causing disruption. It also presents a whole new world in Lidl's attempt to determine a new, digital customer base.

This can be concluded by collecting information from its new customer database. As with other loytaly schemes, with Lidl Plus, Lidl can more accurately track behaviours, spending patterns, regional preferences and determine whether moving online is the best decision. Yet while Lidl Plus may bring Lidl a step closer to online shopping, the offering doesn't necessarily mean it's taking a furtive step into ecommerce - nor guarantee success.